Since the age of three, I have wanted to be a professional musician. I recall doing an aptitude and rhythm test in order to be able to start learning guitar at such a young age. The first question was, “Why do you want to learn to play the guitar?” My answer then, was, “Because one day I want to be a rock and roll star.” I completed 12 years of guitar lessons in 5 years and competed in many guitar soloist competitions in Ontario where I won first place through to third place awards. That remains my answer today. I was born and raised in London, ON. At age 12, I formed my first band. We won a trophy for our open band competition in Toronto through the Ontario Conservatory of Music. After many players and periods of withdrawing from music, I formed Mixed Trix. We played at the Picadilly Palace and were supposed to back up John Cougar Mellancamp, but he failed to attend the venue and so we ended up being the main act. We backed up Red Ryder at Le Bar Privilege, in Quebec City. We toured extensively across Ontario, New Brunswick, Newfoundland, PEI, and New York State.

Many years ago, I retreated from the music scene, for many reasons that I need not go into now… because the most important fact is that I have been actively back in music, pursuing my dream for approximately three years now. I have a powerful, talented set of musicians to back me up and a plethora of original material (in excess of 400 songs) that I am sure will please many listeners. The name of my bands was Becoming Dawn and Darkest Dawn. I was the founder of the band, the lead vocalist, rhythm guitarist, backup vocals on studio tracks, and songwriter.

Two years ago, I branched off into a solo career. So, I’m now a one-woman show! I perform to my backing tracks which Tam Duong has produced/engineered/mastered. Tam is the wind beneath my wings, you might say.

Vocally, I have many idols… but if I have to choose one, it would be Stevie Nicks. I love her songwriting and lyrics. I am also influenced by Hole, Concrete Blonde, Joan Jett, Toronto, NIN, Sinead O’Connor, Pink Floyd, David Bowie, and the list goes on, of course.

Writing songs is something that has always come naturally to me since the age of nine years old. Some who know me, have encouraged me to write an autobiography of my life. I chose to write songs, and I know they will be easily identified by many listeners. My songs tell my story. Sometimes, we have tunnels we have to face… dark tunnels… I want to be that light at the end of the tunnel.

I have recently released my own full-length solo CD called “The Rising” in November of 2021. Previous to that, I released “Out of the Dark” in November 2020. I have partnered with Tam Duong, a former bassist in Darkest Dawn, on this compilation. I write all the music and lyrics; perform acoustic and electric guitar, both rhythm and lead; program drums; backup vocals. Tam is responsible for the bass guitar, synth tracks (except Pretty Little Tears, where I have a guest performer, Brian Fenn performing on synth and doing the violin and flute sections. Tam is also the engineer, production, post-production, mastering guru.

I have left videos from previous bands on some of my social media sites as that is part of my journey also. The social media links included are some, but not all I am signed onto.

Recently, I have been accepted on LANDR as a PRO, as well as passing the audition in order to perform on Sessions Live. I’m also on Chromecast and Twitch, Amazon Music, and more, all of which have been recently incorporated (within the past three months). I am also featured in Breedlove Guitars magazine as one of their musicians. I have done numerous radio interviews including Breakfast Radio, Banks Radio Australia, Neil Clark’s New Starz Radio and Podcast based in the UK, CHRW 94.9, and a host of others. Back in the early 90s, I was asked to write a commercial for the Jeff and Pete show for a contest they were putting on… proceeds to the cancer society. The song was called “Get Your Locks Off.” 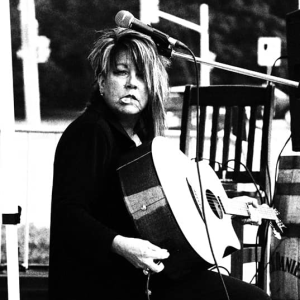 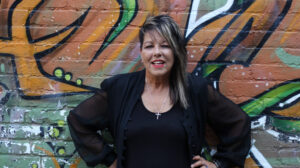 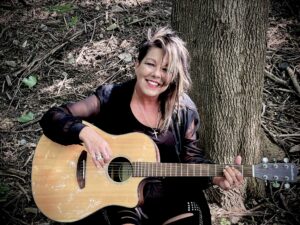 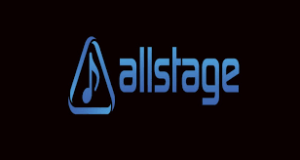 Dawn Gibson – Out of the Dark LP Review